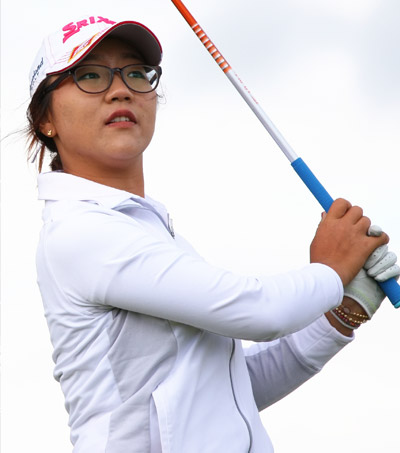 Lydia Ko’s search for the right caddie has been an intriguing storyline for the media throughout her short span on the LPGA Tour, but it appears Australian bag man Jason Hamilton, for the foreseeable future at least, has landed the top gig.

The 17-year-old New Zealander auditioned eight caddies throughout her rookie season, an understandable game plan given she had not seen many of the courses on the largely US-based top flight tour and was still trying to figure out what type of traits she wanted in an on-course helper.

The dynamic between Ko and Hamilton seemed natural and relaxed recently as the pair tuned up for this month’s pro-am at the Royal Melbourne Golf Club ahead of the start to the LPGA-sanctioned Australian Open.

Hamilton was within ear shot of his player when this reporter relayed Ko’s playful comments about his “bad jokes”.

Hamilton once caddied for another record-breaker, former world No.1 Yani Tseng, who was the youngest player ever to win five major championships.

In Ko’s first year on the LPGA Tour, she won three times and had 12 other top-10 finishes. Her success at such a young age is unprecedented.

And, as Ko said at Royal Melbourne, “this is only the start”.