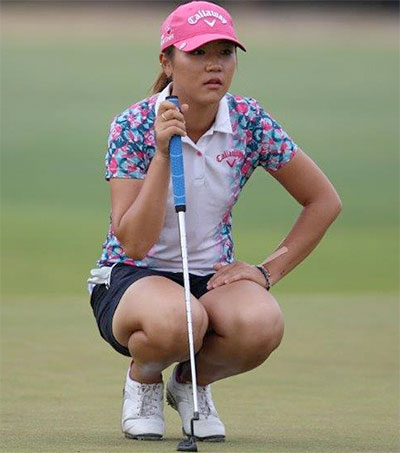 As a phenomenon so far New Zealand golfer Lydia Ko, 17, is on par with the young Tiger Woods and Rory McIlroy, according to the Wall Street Journal. Are we on the brink of the Lydia Ko era, Golf Journal columnist John Paul Newport asks.

A propitious start is no guarantee of staying power, of course. “I think it’s tougher to stay at the top than get to the top,” one of golfs most successful female players Annika Sorenstam said recently. Like everyone who has observed Ko in action, Sorenstam is impressed with her preternatural maturity. “The strongest part is between her ears. She just has the composure about her which does so well under pressure,” Sorenstam said.

“She has no weaknesses.” In recent months, he said, they have changed her dominant ball flight from a fade to a draw and Ko has gained 10 to 15 yards. Early in April, Ko was paired with Lexi Thompson, the 6-foot-tall American who is one of the Tour’s big bombers, and outdrove her several times. Ko is 5-feet, 5-inches tall.

Ko, who was born in South Korea but grew up in New Zealand, is the youngest ever to win an LPGA tournament (at 15 while still an amateur) and in February became the youngest ever, male or female, to reach No. 1 in the world rankings.