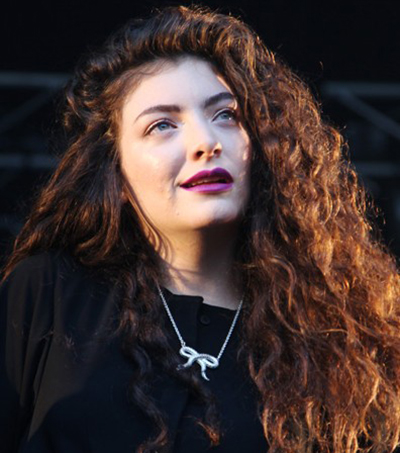 ““The Hunger Games” has another heroine in Lorde.” Jurgensen writes.

“For the latest film about the rebel character Katniss Everdeen (“Mockingjay Part 1”), the young “Royals” singer oversaw the soundtrack album.”

“Lorde says she drew on her own tastes, while trying to create a unified sound that would evoke Katniss’s quest for survival in a grim world.” Jurgensen writes.

As well as being the executive producer of the Mockingjay soundrack, Lorde helped contribute to four songs.

She recorded vocals for “Meltdown” by the Belgian songwriter Stromae, which also features Pusha T, Q-Tip and HAIM.

Her “haunting”  “Yellow Flicker Beat” serves as the movie’s main anthem, which was remixed by Kanye West.

Her Bright Eyes cover, “The Ladder Song,” closes the album.

Read the full article, plus interview with Lorde on The Wall Street Journal.