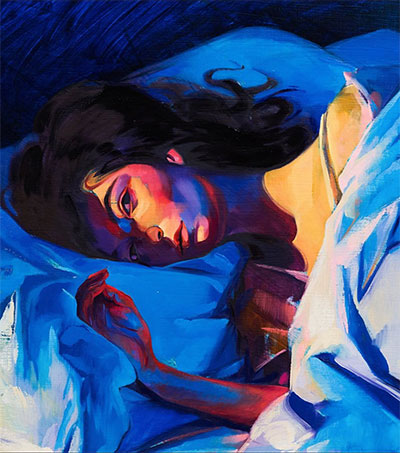 Lorde Joyfully Crashes Into Next Chapter

Lorde’s comeback single Green Light, is an “upbeat announcement of change,” according to the Atlantic, one of many international publications praising the “inventive” pop singer’s new direction.

“People have been waiting for Lorde’s future for four years. Her 2013 debut, Pure Heroine, announced the then 16-year-old New Zealander as one of the most fascinating new names in pop with sleek, skeletal arrangements, a raspy voice, and a young-and-hungry-but-wise lyrical sensibility,” the Atlantic’s Spencer Kornhaber writes. “The routine that won her a No 1 hit with Royals has been swiped by other singers in recent years, but the imitators seem lightweight, fake, next to her.

“The comeback single, Green Light, [is] produced by Lorde with Jack Antonoff, the ’80s new wave revivalist who’s best known for the band Fun and for a few Taylor Swift singles, and Frank Dukes, a popular hip-hop collaborator. It’s a departure for Lorde; on first listen, it comes off as an EDM remix of something she might have previously recorded. But after a few spins the song reveals its tricky logic – and drops a payload of emotion.”

The Guardian’s Maura Johnston awards Lorde four out of five stars for the “stellar” single, writing:

“While Lorde’s low purr might make her an unexpected candidate for up-and-coming dance diva, ‘Green Light’ works well, its witchy verses playing off the chorus’s dancefloor-born catharsis and the outro recalling the best parts of those late-90s attempts to combine the aesthetics of alt-rock – crushing synths, pealing guitars, a general feeling of suspicion – with the big-tent appeal of pop. Given Lorde’s status as a festival headliner, the move toward grandiosity makes sense; what’s surprising is how well it works with her fluttering contralto, which gains strength as the song strides to its triumphant conclusion.”

“As an eerily precocious teen-ager, Lorde seemed to leapfrog over the muck of emotional intensity that typically characterises adolescence … Lorde has returned, as a twenty-year-old who’s no longer so aloof.”

She will make her solo debut on Saturday Night Live on 11 March.