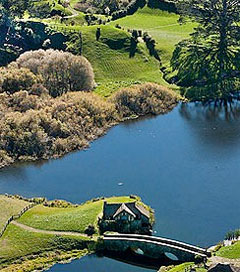 Long-Haul Visitor Numbers on the Up

There has been a significant growth in the number of international visitors to New Zealand this year, with a 10 per cent rise in arrivals during the first half of 2013, compared to the same period last year, according to figures released by Tourism New Zealand. There was a 3.3 per cent increase in visitors from Britain. Earlier this month, interest in New Zealand was stirred again with the new BBC 2 drama series Top of the Lake which was filmed in the picturesque village of Glenorchy, while last December, travel websites reported a growth in searches and bookings to New Zealand following the launch of the film The Hobbit. A survey by Tourism New Zealand indicated that 8.5 per cent of visitors cited The Hobbit as one reason for coming and that 13 per cent took part in some kind of hobbit-themed tourism, such as visiting a film set. Holiday arrivals from China rose by more than a quarter compared to the same time last year, with a 30.9 per cent growth, while arrivals from the US, the third-largest source of visitors to New Zealand for the year as a whole, also saw a large increase at 20.7 per cent. There was also an increase in tourists from Japan (7.8 per cent), Australia (6 per cent) and Germany (2.9 per cent). The overall number of international arrivals in the last six months rose by 5.8 per cent on last year and by 5.6 per cent last month. “It is encouraging to see this growth from our traditional long-haul markets after what has been a difficult few years for the industry,” Tourism New Zealand’s acting chief executive Justin Watson said.