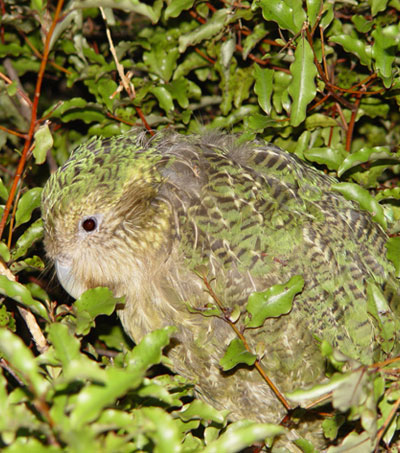 “In New Zealand, killing small mammals brings people together,” writes staff writer Elizabeth Kolbert in her long-form article in the December 22-29 issue of The New Yorker. Kolbert’s story, “The Big Kill,” details how rats and other invasive mammals are destroying the country’s native fauna—with a quarter of native birds now extinct and the country’s iconic kiwi threatened. The answer? As one volunteer coordinator put it, “We always say that, for us, conservation is all about killing things.”

Kolbert’s investigative piece—equal parts ghoulish, bemused, and scientifically rigorous—describes “the peculiar set of geological and historical accidents” that dictate the nation’s one-of-a-kind ecosystem. “In New Zealand, anything with fur and beady little eyes is an invader, brought to the country by people—either Maori or European settlers,” Kolbert writes. “The invaders are eating their way through the native fauna, producing what is, even in an age of generalized extinction, a major crisis.”

The idea of ridding all of New Zealand of its mammalian predators was proposed by Sir Paul Terence Callaghan, renowned physicist and founding director of the MacDiarmid Institute for Advanced Materials and Nanotechnology at Victoria University of Wellington, in a speech delivered in 2012 shortly before his death. Callaghan’s project to eliminate “hundreds of millions, maybe billions, of marsupials, mustelids, and rodents” has since been taken up by conservation groups like Predator Free New Zealand, whose logo shows a kiwi with a surprised expression standing on the body of a dead rat. New Zealand’s conservation movement is, in the term coined by American biologist, naturalist, and author E. O. Wilson, “a bloody, bloody biophilia.”

The article describes the country as “a Lost World holdover” and quotes popular American scientist and author (Guns, Germs, and Steel) Jared Diamond describing the country’s native fauna as “the nearest we’re likely to come to life on another planet.” Kolbert finds much to praise about the nation’s No. 8 wire mentality, and how that attitude is being used to help save New Zealand’s native fauna. “We live in an age of unprecedented crises. We’re all aware of them, and mostly we just feel paralyzed, incapable of responding,” Kolbert writes. “New Zealanders aren’t just wringing their hands, nor are they telling themselves consolatory tales about the birth of ‘novel ecosystems.’ They’re dividing their neighborhoods into grids and building better possum traps.”