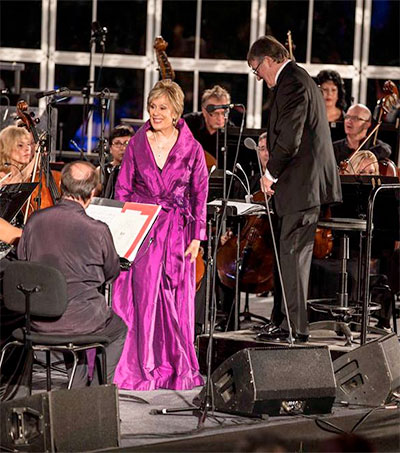 Dame Kiri Te Kanawa, one of the world’s greatest opera stars, has made an impassioned plea for Britain to stop blocking the flow of young singers into opera houses so that the top quality talents of the future can flower.

For almost half a century Dame Kiri has sung for princes, queens and commoners with a warmth and technical precision that has marked her out. And she is still singing to great acclaim in occasional concert performances after celebrating her 70th birthday this spring.

But the lyric soprano from New Zealand worries for the future. “We are seeing a lot of disposable singers these days,” she told the Observer before giving a rare, extended solo performance at a new music festival in Mallorca recently.

“These new singers last about five years and then the next tenor comes through. I hope I am not speaking out of turn here, but television talent shows have a lot to answer for: Britain’s Got Talent and The X Factor. If you win, it is ‘zing’, there you are, and for five minutes you are famous.”

The opera diva became a household name in Britain when she sang at the wedding of Prince Charles and Diana in 1981, a performance heard by 600 million people. Her remarkable singing voice was enjoyed again by television viewers all over the world last year when she appeared in the role of the Australian singing star Dame Nellie Melba in an episode of ITV’s drama series Downton Abbey.