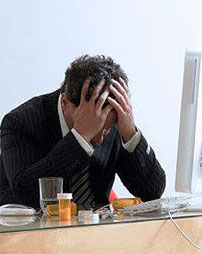 An editorial written by Victoria University sociologist Professor Kevin Dew and published in the British Medical Journal says “presenteeism”, prevalent among health workers and those in other caring or teaching occupations, was associated with negative health effects and could help spread infections. “Presenteeism increases morbidity, including musculoskeletal pain, fatigue, depression, and serious coronary events. It leads to exhaustion and in a spiralling fashion exhaustion leads to more presenteeism,” Dew said. He said health promotion programs should emphasise the power workers had to resist demands from management. A Newspoll survey this year found 77 per cent of workers would still go into work if they were feeling sick.