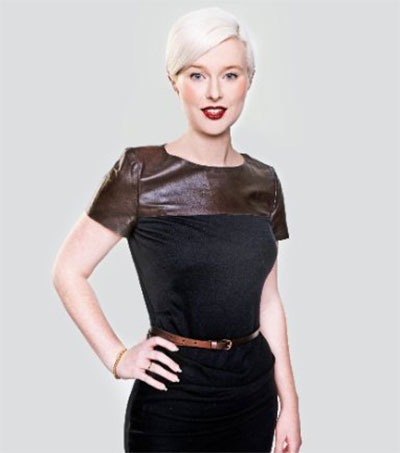 Kate Catalinac Keeping Her Eye on US Elections

Creative director at San Francisco advertising agency Goodby, Silverstein & Partners, New Zealand-born Kate Catalinac is the co-creator of an “eye-opening” anti-Donald Trump video that juxtaposes the United States’ legacy of great accomplishments against a fate that may make it the world’s laughingstock.

The spot features footage of proud feats of American history and a man’s reverent voiceover: “We didn’t put a man on the moon, cross the Atlantic, dream up rock n’ roll music, invent the internet and create the world’s best Olympian just to be laughed at by the entire world in November.”

Then, it’s a close-up cropped shot of Trump’s face, along with the line, “History is watching,” followed by a single word, “Vote.”

The “History is watching” tag has graced the agency founders’ previous ads in the campaign, such as one featuring America’s founding fathers on Mount Rushmore, as well as another spot depicting Trump in slow motion, mocking his former opponent Marco Rubio.

Catalinac said: “I cannot legally vote in this great country, so this is my way of having a voice. America has achieved so much. Let’s only ever do things we are proud of. Especially in November.”

Catalinac began her career at Saatchi & Saatchi in New Zealand. She joined Goodby, Silverstein & Partners in 2008.