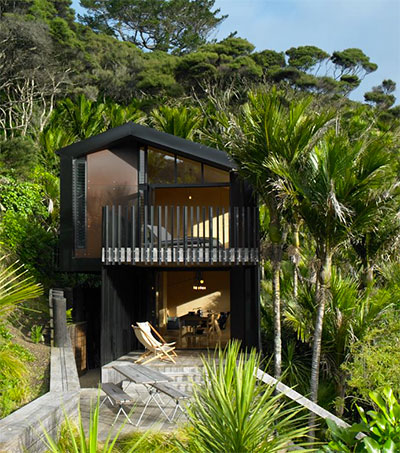 “A bach is New Zealand’s answer to the humble beach cabin, and the Karekare Bach represents the epitome of its building genre,” Ellie Stathaki writes for influential British design magazine, Wallpaper. “The simple wooden structure was designed by Auckland-based studio Stevens Lawson Architects, headed by Nicholas Stevens and Gary Lawson, for the designer Dean Poole and his family.”

“Situated deep in native bush, a stone’s throw from the small town of Karekare, this bach is the ultimate retreat; simple, fairly compact and surrounded by nature. This was a direct response to the owners’ brief, which outlined a holiday escape that would provide the ‘authentic New Zealand experience’. The architects worked hard to distil this into a building and Karekare Bach has been designed to perfection, from its overall proportions to its smallest details,” Stathaki writes.

“The overall design ‘references both the simple cabins built by early settlers and a Māori whare,’ explain the architects, linking this modest summer abode to the region’s past, as much as to its cultural and geographical context.” 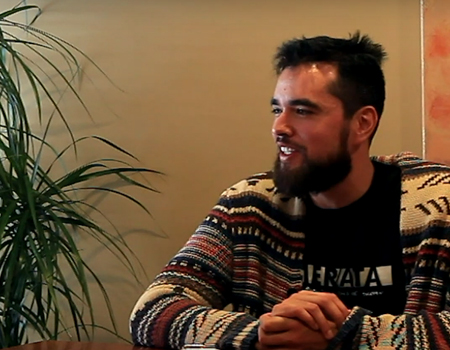 HOWL FOR CHANGE with Heperi Mita

The Howl for Change team speaks to Māori filmmaker Heperi Mita about his documentary Merata: How Mum Decolonised the Screen, “with which he revives his mother’s spirit…