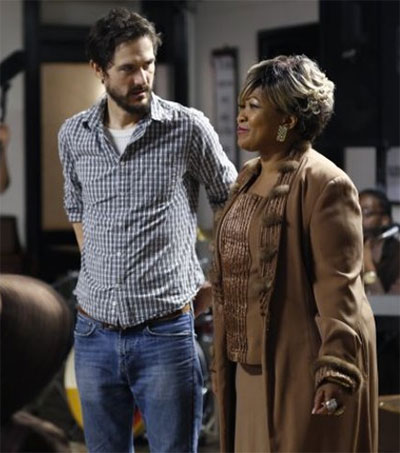 Jake Mahaffy’s evocation of a borderline unbearable true-life tragedy, Free In Deed is a bracing, bruising corrective to the “faith-based filmmaking” movement, according to Indiewire. The New Zealand-raised director’s third film, set in and shot on location in Tennessee, tells the tortured real-life story of a 2003 faith healing attempt that led to the death of a child.

This small, slow-paced film, deeply upsetting and narrow in scope, is a hard watch. In refusing to offer any easy answers, and in running precisely counter to the sickly angels-among-us narratives of the current, growing faith-based filmmaking movement, it’s an even harder sell. But Mahaffy’s uncompromising approach, and the quality of its performances, make it a rare and valuable testament: to the terrible danger of believing in miracles, and to the cruelty of a world that might make such belief necessary.

In a Variety review of the movie Guy Lodge writes: “Pulling few emotional punches, Mahaffy’s film offers an illuminating immersion into the rarely-depicted world of storefront churches, also placing a welcome spotlight on a disenfranchised sector of African-American society.

“A deserving winner of top honours in Venice’s Horizons strand, this jagged, productively provocative work needs every such plaudit to convince skittish distributors of its conversation-piece potential.”

Mahaffy has founded two filmmaking programs at two universities as an associate professor of film and art in the United States and now coordinates the Screen Production program at the University of Auckland.