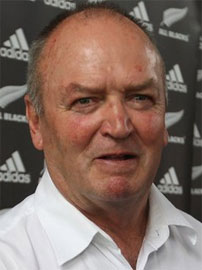 World Cup-winning All Black coach Graham Henry, 65, has signed a part-time contract with the New Zealand Rugby Union (NZRU) to help develop New Zealand’s coaching talent. Henry had been interested in working for the English Rugby Football Union. He said: “New Zealand has an outstanding crop of up-and-coming international coaches and if I can play a small part in helping them develop then I will.” NZRU chief executive Steve Tew said: “His insights will be invaluable.” Henry coached New Zealand for eight years and stood down after winning the World Cup in October, having guided the All Blacks to 88 wins in 103 Tests.