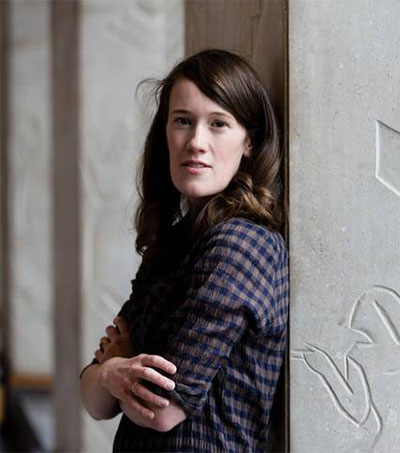 One of three debut writers on the Man Booker longlist, 35-year-old Anna Smaill will be unfamiliar to all but the most avid reader of contemporary fiction: her previous publication is a volume of poetry, The Violinist in Spring.

Smaill’s astonishment has hardly abated. “Before the nomination [for The Chimes], the Man Booker seemed an unassailable idea. It does register as this iconic and increasingly international literary prize. My first reaction was, how can I possibly be on the list with these writers I have idolised? Marilynne Robinson is somebody I adore and admire endlessly. Processing that will take a while.”

At least part of this disbelief reflects on The Chimes itself, whose enchanting fusion of fantasy, dystopia and star-crossed romance (not to mention colourful book jacket) would not look out of place beside The Hunger Games or Divergent. The hints of young adult (YA) fiction have been encouraged by Smaill’s publishers. Promoting The Chimes in the UK this year, she read at events with mainly YA authors.

Does Smaill have any reluctance about entering the public gaze? “Nothing at this stage. Any experience in the public eye comes with the need to exercise caution. What you can say can be taken out of context.”

Like the phrase “Bloody hell” in that tweet when Smaill found out she’d been longlisted, for instance? “Exactly,” she laughs. “No more ‘bloody hells’.” Well, not until 15 September, when the Man Booker shortlist is released.