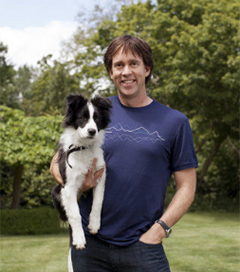 President and co-founder of Icebreaker, the Wellington-based merino wool clothing brand, Jeremy Moon recently spoke at the inaugural meeting of Athletic and Outdoor Young Professionals about the company’s roundabout route to their US home in Portland.

Addressing the group alongside Icebreaker chairman Rob Fyfe, Moon “charmed” the Portland audience with the story of his life’s work – including mortgaging his house and hitting up his friend’s parents for money to help build Icebreaker.

Speaking about breaking into the United States, Moon explained how he’d had his sights set on the North American market since the beginning of the new millennium but getting a foothold in the local market wasn’t easy.

“It’s actually much easier to build an international brand in Europe than it is in the U.S. The reason is there are lots of distributors in Europe who are very used to working with foreign brands. In the U.S., pretty much all the major brands have their head offices [locally] so we had to work very hard.”

“It was a combination of the talent pool and the sense of place in Oregon [that made us open an office in Portland in 2007]. For me, as a New Zealander, I feel at home here… It’s the ultimate place for us to build a business from, long term. We’re still keeping our office in New Zealand, we still keep our offices in Europe. But for us, this is the perfect place for what we want to do.”