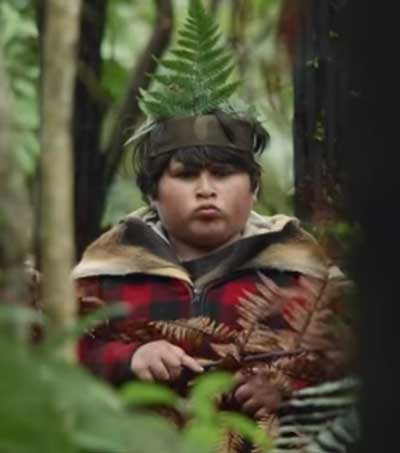 Hunt for the Wilderpeople Transcends Boundaries

New Zealand “recently found its top native filmmaker in the unlikely form of 40-year-old comedian and actor Taika Waititi,” writes Ken Korman in a Hunt for the Wilderpeople review for The Gambit.

“Hunt For the Wilderpeople’s kiwi pedigree is near complete,” writes Korman. The screenplay is based on 1986 novel Wild Pork and Watercress by New Zealand outdoorsman and literary lion Barry Crump and the film also stars fourth-generation kiwi Sam Neill.

Korman, who likens the film to “Thelma and Louise as directed by Wes Anderson if he’d made films in the 1970s”, finds “there’s a free-spirited quality to Wilderpeople that’s hard to resist.”

Hunt for the Wilderpeople is “about family and friendship and finding your place in the world even when you’re not like everyone else, and it makes those familiar themes appear new,” according to Korman.

Taika Waititi is currently working on the next Thor movie, due to be released in 2017, “but Wilderpeople leaves no reason to doubt Waititi’s Hollywood potential.”

Tags: Hunt for the Wilderpeople  Taika Waitit  The Gambit