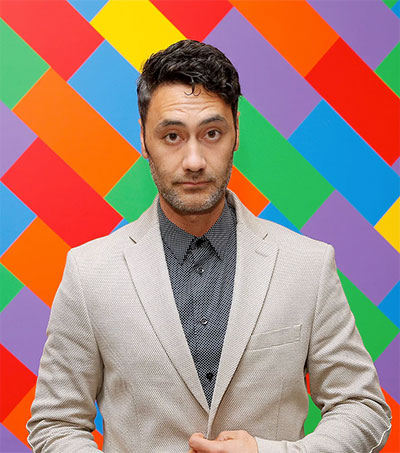 Deliberating on the Taika-Esqueness of Thor

Hunt for the Wilderpeople director Taika Waititi talks to the Guardian about joining the Marvel universe with his interpretation of Thor, which is due out in the United States in November.

As far as whetting the appetites of Marvel fanatics goes, it’s a little counterproductive. Thor: Ragnarok will be watched by many more people who are familiar with the franchise than those who know Waititi’s work – but this may be the film that makes the New Zealand director a household name.

The big-budget Thor is a far cry from the Flight of the Conchords, of which Waititi wrote and directed a few episodes, and from What We Do In The Shadows, the 2014 vampire mockumentary he made with Jemaine Clement. And it’s almost the antithesis of Hunt for the Wilderpeople: the family friendly little-Kiwi-film-that-could, which was a surprise hit at box offices around the world last year.

But while the types of projects may differ wildly, his treatment of them – the bit that makes them “Taika-esque” – doesn’t. Even Waititi’s government-funded anti-drug-driving campaign, Tinnyvision – made in collaboration with Snapchat in 2014 – has the same warm, sly humour of his features.

And yet, after 41 years’ experience of being “Taika-esque” himself, he still struggles to describe it.

“If someone asked, ‘What are your films like?’, the best I can come up with is that they’re, like, a fine balance between comedy and drama. And they deal mainly with the clumsiness of humanity,” Waititi says.

“Having had pretty much four successful films at home, I know there’s an audience for my work,” he says. “A lot of people are trying to get out of their home country and think ‘making it’ is if you’re able to work in another. For me … I’d be quite content to keep doing my own little films down there for the rest of my filmmaking career.”

That may all change, with Thor: Ragnarok set to be by far the biggest commercial success of his career to date. (Thor: The Dark World made $644m worldwide in November 2013.)

With Cate Blanchett, Jeff Goldblum and Wilderpeople star Sam Neill joining Chris Hemsworth and Mark Ruffalo, anticipation is high for the third instalment of the franchise – not least because Waititi, with his background in indie comedies, was such an unusual pick.

“Why am I excited for Thor: Ragnarok?” wrote film critic Sarah Marrs. “Because Taika Waititi talked Marvel into overhauling an entire franchise, AND THEY LET HIM.”