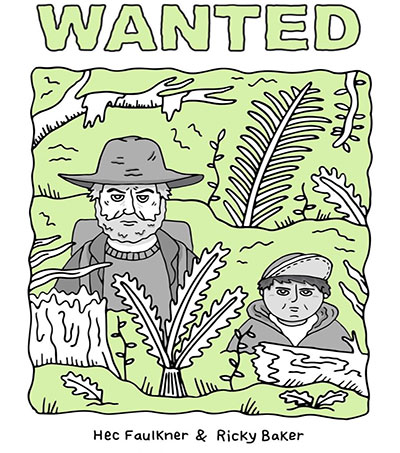 “We were blown away by the standard of entries, and our team of in-house judges found it particularly tricky choosing their favourites,” the magazine said.

The winner, this pictured, by Kieren McDonald.

Waititi’s film stars Sam Neill and Julian Dennison. Empire magazine named Hunt for the Wilderpeople the number one film for 2016.