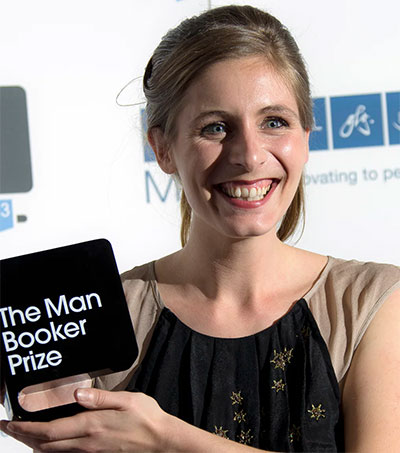 How to Win the Man Booker Prize

The upstairs room of an indie bookstore. A book launch for a local author. Crisps and wine are being handed out, a buzz is in the air, congratulations are showered upon the young writer. New Zealander Lucy Diver knows – because she worked there at the launch of Eleanor Catton’s The Luminaries.

“When Catton won the 2013 Man Booker prize, people in the bookstore were crying. Looking back on that day, the store’s manager said: ‘I don’t watch rugby, but I did think, maybe this is what it’s like when we win the World Cup?’” Diver, a contemporary literature student based in London, recalls in an opinion piece for the Guardian.

“The 2013 Booker put New Zealand literature on the map internationally, but perhaps more importantly, it revitalised its relevance for locals. This is what the Booker can do, used to do, and should still be doing for global English literature.

“And it’s what this year’s shortlist – an even split between US and UK authors – is not doing. This doesn’t come as a surprise – it’s the inevitable result of the rule change made in 2014, opening up the prize to American authors. There were criticisms at the time that this would ‘Americanise the prize’. Now those fears have been realised.

“The prize said its rule change would celebrate writers ‘whether they’re in Chicago, Sheffield or Shanghai’. What a shame it turns out everyone’s in London or New York.

“But the real losers are the book-buyers in other parts of the world who contribute to the dramatic sales increase a Booker prize promises, and in return get a restricted view of the world – one that doesn’t represent them or their interests.

“A lot of people read one new novel a year – on holiday perhaps, or over Christmas. They read the prizewinners. And it’s sad that it appears writers working in English must still “do time” in the culturally dominant northern metropolises to be taken seriously. What the Booker ought to do is take London readers to Bengaluru or Hokitika, rather than the other way around.”