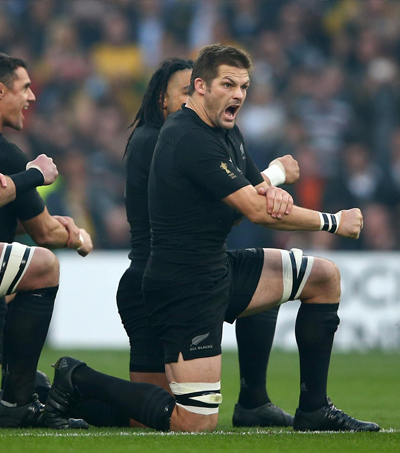 How a Tiny Island of 4.5m People Came to Dominate Rugby Worldwide

With their 34-17 win at Twickenham against Australia, the New Zealand All Blacks became the first team to ever retain their World Cup trophy. Their back-to-back World Cup wins and their more than 75% win rate over the past 100 years have made them an inspiration for many people and business alike on and off the field.

In his book Legacy, James Kerr analyses the New Zealand team and its recent success. According to him the cornerstone of the team’s achievements under Graham Henry and Steve Hansen is a simple mantra, which turned things around for the New Zealand team when things weren’t right: “Better people make better All Blacks.”

“Anybody who is looking to get stuff done and gain competitive advantage in what they do, whether as an individual or as a business, surely has to look at the example of the All Blacks,” said Kerr.

“After a crisis they rebooted their culture and they started with values and getting the base right with the essential idea of being a good person and becoming self-sufficient.”

Key to the All Blacks success and their transformation to the most successful team of the world is a “very powerful sense of being a team and forming a close community that is determined to leave the jersey in a better place.”

The focus in the team is on performance and humility, which even extends to the bonuses they take from victory. For instance New Zealand players took home around £34,000 less than England players would have.

“All businesses are at their heart human businesses and we know that people who work in agile teams in which they are trust and empowered perform better. That’s the case with the All Blacks who have one captain but 15 leaders. Self-directed teams like this are vital in business,” said Kerr.