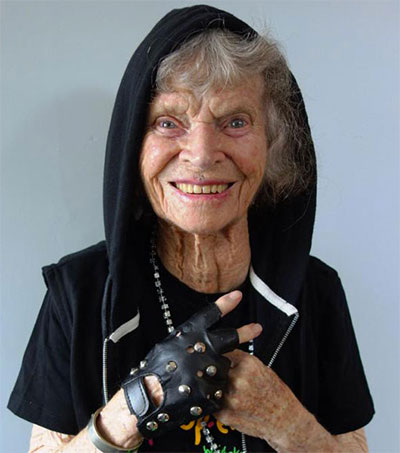 Waiheke-based Hip Op-eration Crew is the oldest hip-hop dance group in the world with 22 members and an average age of 81. Manager and choreographer Billie Jordan, 45, founded the group to inspire other senior citizens all over the world and help reduce the stigma of ageing.

Jordan says that people think investing in the future of anyone over 60 is a waste, regardless of the fact that they are only two thirds through their life.

“It’s appalling and needs to stop. Seniors have so much untapped potential which could not only bring joy and inspire others, but also make themselves feel more valued, happy and healthy.”

Giving the crew something to work towards, a new focus in their lives, has benefitted them on many levels.

“Physically they look about ten years younger and their doctors say they’re healthier now than they’ve been in years.

Bryn Evans’ film about the group won Best Documentary, Best Director and Best Cinematographer at the 2014 NZ Film Awards and was the fourth most popular film (out of 300 other world finalists) at the prestigious International Documentary Festival in Amsterdam (2014). It also won the Audience Choice award at the Santa Barbara Film Festival in February 2015.