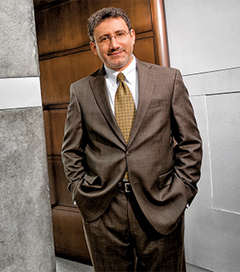 NZ companies Telecom and Chorus are being used by the Harvard Business School to teach its MBA students, writes Tamsyn Parker in the New Zealand Herald. In 2011, the Government split New Zealand telecommunications giant Telecom in two. A new company, Chorus, was to provide fixed-line telecommunications to retail service providers, including Telecom. Boris Groysberg (pictured above), Professor of Business Administration at Harvard, use the split as a study in the importance of getting the right mix of people on boards, says the Herald.  Professor Groysberg told the Herald he selected the case because it was an unusual situation where two companies had to completely renew their boards. ‘Usually boards are there forever. It was a chance to pick a better board and do it differently’, he told the Herald. Professor Groysberg has been to New Zealand several times. He found out about the split after asking the Women Corporate Directors network which directors were advocates for gender diversity. New Zealander Wayne Boyd’s name came up, Tamsyn Parker says. He was the chair of Telecom during the split. Boyd put Groysberg in touch with New Zealand consultants Matt Stanley and Sarah Naude, who helped appoint the new boards. Stanley and Naude flew to Harvard to talk to students about their experience. Matt Stanley told the Herald that said there was a perception in New Zealand that there weren’t enough experienced women but he hadn’t found that to be so. ‘There are plenty of highly capable women out there who can be effective on boards,’ Stanley said. Professor Groysberg said companies should be more transparent about board selection and performance. ‘Many boards are still old boys’ clubs.’ The splitting of Telecom and Chorus and the process to select new board members is one of three case studies used in a special course held to mark 50 years since the first woman undertook an MBA at Harvard, the Herald notes. It will now become part of Harvard’s regular MBA programme. Professor Groysberg and Sarah L. Abbot’s case study, Chorus and Telecom: Building the Boards can be purchased from the Harvard Business School.