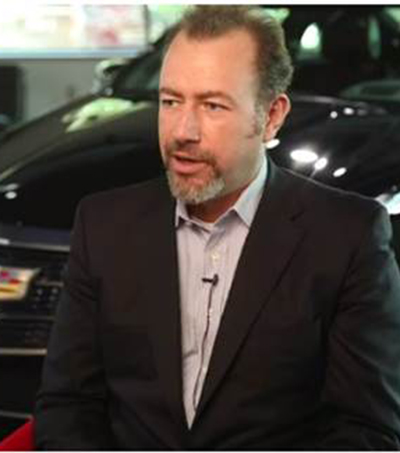 General Motors President Dan Ammann is leading the push to change how the century-old Detroit automaker sells and produces cars around the world.

Born in New Zealand, raised on a dairy farm at Eureka in the Waikato and a graduate of the University of Waikato, Ammann became a New York investment banker before, at the age of 42, leading the operations at the world’s second largest automaker.

He recently spoke to The Wall Street Journal about his corporate mandate and coming changes, how GM is taking on Europe, and the impact of emerging markets.

“The historical approach in our business was to find very low-cost product from somewhere in the world and figure out a way to get it into that market.” Ammann tells The Wall Street Journal.

“Customer requirements in emerging markets are changing rapidly. A customer in India has a very high expectation for the amount of technical content they’ll have on a car, features and technology and stuff.

“All of a sudden you find that these legacy products that you were selling in these markets are no longer viable or they’ll become nonviable soon.”

Asking the tough questions is at the centre of his job, he says, coming from a background of “solving complicated, multidimensional problems and challenges.”.

Ammann is focused on taking an organization that has been widely criticized as too complacent and changing its worldwide operations.

Nearly a year into his tenure, Ammann has already made big changes. The highlights include converting Cadillac into a separate business unit and moving it to New York from Detroit, and deciding to focus on a single brand in Europe.