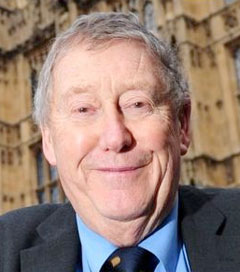 As New Zealanders gathered around their black and white sets to experience the miracle of television for the first time the face many of them will have seen staring back at them was that of veteran British Labour backbencher Austin Mitchell, BBC political reporter Brian Wheeler writes. “The Great Grimsby MP, then a young politics lecturer, was an inescapable presence on New Zealand television in the early 1960s. When he wasn’t gently sending-up the customs of his adopted home, the ebullient Yorkshireman was grilling visiting British politicians or offering earnest assessments of the state of the nation. Television had come late to the country – the first regular broadcasts began in 1960 – and there was only one channel. “They had to watch me,” Mitchell says. Mitchell also wrote best-selling book, The Half Gallon Quarter Acre Pavlova Paradise, which became a popular phrase in the New Zealand English lexicon.