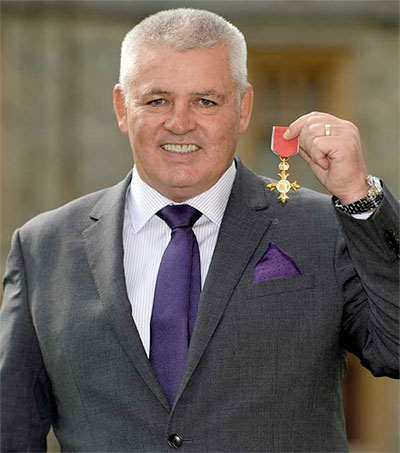 Head coach of the Wales rugby team, New Zealander Warren Gatland has received an OBE from the Duke of Cambridge for his services to rugby at an investiture ceremony in Windsor Castle.

“It’s a massive honour … being in a great setting like this. I’m very touched by it really.”

The honour for Gatland follows his success in coaching the British and Irish Lions to a 2-1 series victory against Australia in 2013.

He said the award was a “great honour” but added: “I can’t not recognise a huge number of people that I’ve been involved with that have helped me get this far and they’re incredibly important as well.”

Gatland, 51, was born in Hamilton. He took up his position as Wales head coach in 2007 and was named UK coach of the year at the 2013 UK Coaching Awards.