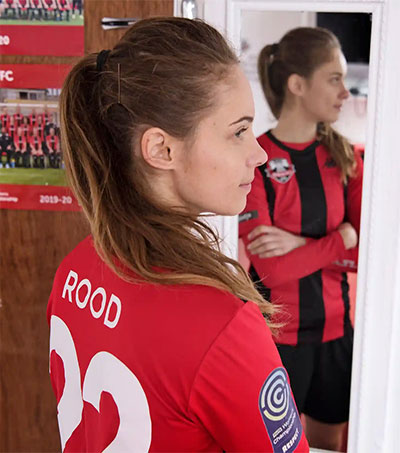 “I have gone from five years of continuous injuries to five years with almost nothing,” professional footballer Katie Rood, 27, tells The Guardian’s Suzanne Wrack. The change? In 2015 the New Zealand international and Lewes forward switched to a vegan diet. “The longest injury I’ve had since then was three weeks out with a hamstring earlier this season,” she remarks.

“Because I could recover quicker I could train harder. So I started hitting the gym really hard and got so much stronger, which made me faster, which made me make better decisions on the pitch because I was fitter. It helped everything.”

As well as benefiting physically, Rood found the psychological effect was massive. It made her question and reassess the world, society and its constructs, Wrack writes.

A desire to be an active participant in changing things drew her towards the Extinction Rebellion protests. “It turned out to be a life-changing experience,” she says.

Rood played two games for New Zealand during the 2012 FIFA U-20 Women’s World Cup campaign and her first senior international for the New Zealand women’s national team in 2017.

She was born in the UK.

Original article by Suzanne Wrack, The Guardian, May 2, 2020.