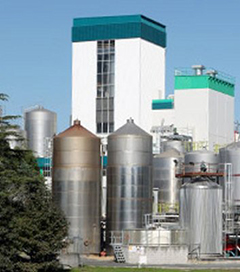 China Daily, the widest print circulation of any English-language newspaper in China, says New Zealand needs to start building trust in the long-term that “comes from regulatory systems that work.” This follows the identification and recall of Fonterra milk powder products contaminated with botulism following a faulty manufacturing process in one of its Waikato plants. China Daily questioned “Where’s the quality control?” and pointed to repeated communication failures to alert markets in a timely way. China Daily pointed to “glibness stalking other aspects of New Zealand’s foreign trade, with the country’s “100 Percent Pure” tourism campaign becoming a festering sore as experts claim that the country might not in fact be “100 percent pure.””

Fonterra has earlier apologised for “the distress and anxiety which this issue could have caused.” CEO Theo Spierings said at a media briefing in Beijing that “We totally understand there is concern by parents and other consumers around the world. Parents have the right to know that infant nutrition and other dairy products are harmless and safe.” Noting that though New Zealand says it is set to become a major supplier of quality food to the growing Asian market, China Daily says that “those visions can only be built on trust and trust comes from regulatory systems that work, as China and Fonterra found with the Sanlu melamine scandal in 2008. Glib assurances that the problems are “details” or that they are a sign that New Zealand is a “victim of its own success” in trade just don’t cut it.” The milk powder recall has stimulated significant international media coverage regarding food safety, communication timeliness and brand authenticity. Significant international coverage featured in The Guardian, New York Times, Sydney Morning Herald, CNN and Huffington Post.