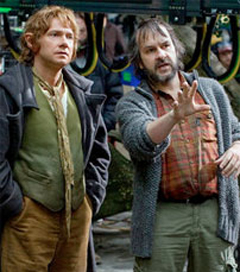 “For better or worse, [John] Key’s government has taken extreme measures that have linked its fortunes to some of Hollywood’s biggest pictures, making this country of 4.4 million people, slightly more than the city of Los Angeles, a grand experiment in the fusion of film and government,” Michael Cieply and Brooks Barnes write for The New York Times. “Nowhere is filmmaking big enough to move a national economy. But in New Zealand, add movies to another business – tourism – and there is potential for transformative economic growth. The question facing both Key and [Hobbit director Peter] Jackson is whether overseas travellers will be attracted to a deliberate illusion that blurs the line between New Zealand and its films.”