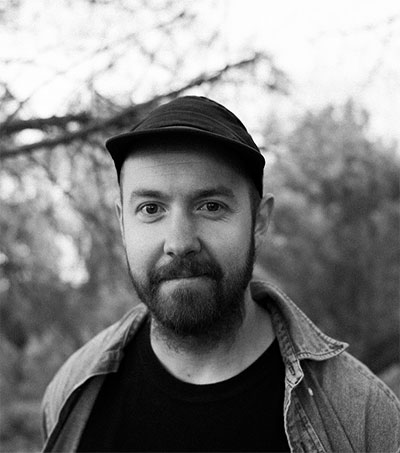 “Before I was producing music electronically I was a drummer, and I really loved just trying to stop thinking and just play rhythm,” New Zealand-born producer Oliver Peryman aka Fis tells The Wire’s Rory Gibb. “Just kind of let your arms go for it, rhythmically.”

Peryman’s exhilarating freeform electronic music similarly flows direct from the subconscious. The slowly unfurling compositions on his second album From Patterns to Details are guided by the kind of acute listener’s sensibility you’d expect of an experienced improviser, even recalling Alice Coltrane and Lee Perry.

Growing up in New Zealand, many of Peryman’s formative musical experiences were in the context of the local sound system culture, hearing music on custom rigs at shuddering volume. “The systems I’ve played on [in Europe] are usually about a quarter or a half the size and power,” he chuckles. Those spaces offered platforms to play out his own early records, embryonic experiments on drum ’n’ bass’ margins whose knotty percussions and serrated noise were already bursting, insect-like, out of that genre’s cocoon.

The evolution of Fis’ music – his name an acronym of ‘forever in search’ – has been, he explains, “about finding a kind of intuitive voice while communicating the aspects of observing nature, and working with nature in the permacultural way, that language just can’t comprehend.”

Deep ecological thought is reflected in the work of his friend and collaborator Rob Thorne. A Maori musician and anthropologist, Thorne uses taonga puoro, traditional Maori instruments whose sound signifies an ancestral spiritual connection to the landscape and ecologies of New Zealand. They have spent this year working on a collaborative album following their joint performance at Berlin’s CTM festival.

From Patterns to Details was released by Bristol label Subtext on 23 September.

Fis grew up in Sumner. He is now based in Berlin.