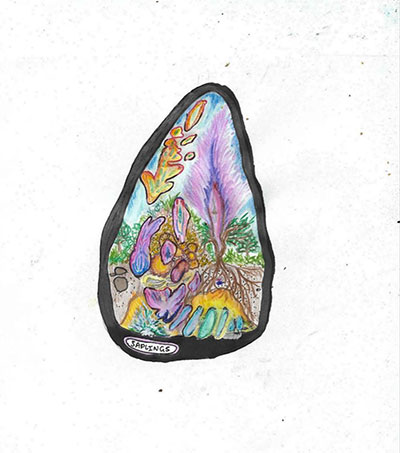 Sapling Records “physical format” will come in the form of planting trees.

Fis wrote in an open letter that the new label is a “practical and tangible response” to climate change and habitat loss.

“Saplings is attempting some kind of grounding mechanism, like an earthing rod, a conduit for musical energy to return to the planet. Whatever it is, I just hope this becomes a sustained contribution at the heart of things,” Fis said.

The label has been launched in partnership with Eden Projects and the sale of an album at standard digital prices equals approximately 100 trees being planted.