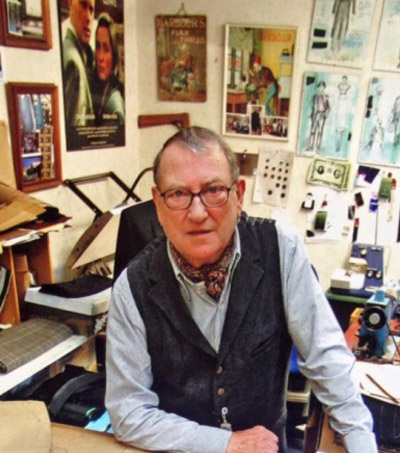 Well-known Lower Hutt tailor Peter Rigby, who made clothes for many New Zealand plays and films, including Utu, The Frighteners, Goodbye Pork Pie and the Lord of the Rings trilogy, has died, aged 81.

Born in Northampton, Rigby worked in Savile Row before emigrating to New Zealand in the 1950s.

In the 1960s he bought a coat factory on Vivian Street in Wellington, and went on to win two Benson and Hedges golden rose awards in 1966. By the 1970s he was working for a company and his designs were being worn by women throughout New Zealand.

Rigby’s daughter Victoria Goadby said: “Dad called New Zealand home – although he never lost his accent. He liked that it was similar to England, but with less hustle and bustle and more opportunity.

“My Dad would best be described as a New Zealand fashion pioneer, ahead of his time.  [He] always dressed beautifully, and even when he went to the supermarket, he’d wear a suit and fob watch.”

Rigby made the distinctive scarlet coat and black hat of the late “Duke of Wellington”, Tony Catford, now held at the Museum of Wellington City & Sea.

Among his other commissions were new uniforms for police officers in the 1970s, to replace tired versions “designed by a committee”.