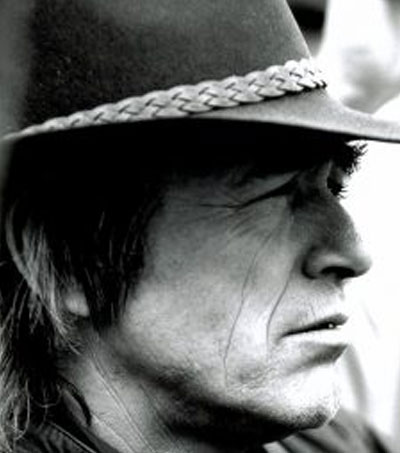 New Zealand filmmaker Geoff Murphy has died aged 80. He was largely credited with helping to shape the country’s national identity with films like Goodbye Pork Pie, Utu and The Quiet Earth.

“Geoff Murphy will long be remembered for his significant contribution to New Zealand’s emerging film industry and for showcasing our distinct culture on screen,” said New Zealand PM Jacinda Ardern.

“At a time when New Zealand was developing a cultural identity of our own, Geoff was helping us to shape a sense of who we are with the stories he told and the iconic images he created.”

Geoff Murphy was born in Wellington in 1938. He first started making films in the mid 60s when working as a teacher. Together with Bruno Lawrence, John Charles and Alun Bollinger he created short films such as Hurry Hurry Faster Faster and Tank Busters.

In the 1970s Murphy lived communally at Waimarama in Hawke’s Bay, which is where he filmed “half-hour long Uenuku, one of the earliest dramas made completely in te reo.”

After his “first feature Wild Man (1977) Murphy began working on a script he called Meatballs with Ian Mune. When a Canadian film emerged with the same title, Murphy changed it to Goodbye Pork Pie.

Murphy’s Western Utu (1983) and end of world tale The Quiet Earth (1986) also became Kiwi classics. Murphy spent the following decade working in the United States, where he directed western Young Guns II as well as Steven Seagal train thriller Under Siege 2 amongst others.

In 2013 he received the Lifetime Achievement Award at the year’s end Moa NZ Film awards, and he was appointed officer of the New Zealand Order of Merit in 2014.

When he wasn’t directing movies, Murphy “cooked up explosions and fake AK-47 rifles for Roger Donaldson’s Sleeping Dogs” and  “also helped other filmmakers get early projects off the ground, from Vincent Ward’s A State of Siege, to co-writing Gaylene Preston’s first feature Mr Wrong,” as reported on NZ on Screen.

His son Heperi Mita recalls one of his earliest memories of his father in an essay published on Ngā Taonga.

“My earliest memory of my father is of him blowing up a house in Ponsonby for his film Never Say Die,” he wrote.

When he was 6 he witnessed his dad shooting a robbery scene for the HBO movie The Last Outlaw in the middle of the Nevada desert, which involved blowing up an entire bank. Two years later Murphy was “orchestrating a head on collision between two freight trains in the Rocky Mountains of Colorado for the Warner Brothers film Under Siege 2: Dark Territory.”

“Even as a young boy I recognised the prestige of his position as a director on set, but aside from the opportunity to blow things up, the glamour meant nothing to him,” wrote Mita.