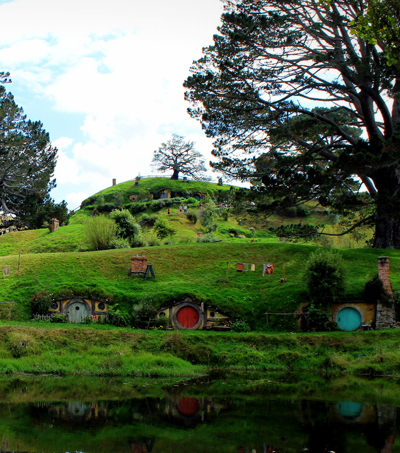 Hobbit Holes To Be Recreated by Glamping Firm

A corner of JRR Tolkien’s Middle Earth will be recreated at Craighead Howff, near Braco in Scotland after a glamping firm was given the green light to build two underground holiday huts, writes Kirsty McIntosh for The Courier.

“The brains behind the idea are company director Ian Kerr and his wife Heather, who travelled New Zealand to conduct research at the Hobbiton film set near Matamata, on the North Island,” as reported in the article.

“We’ve seen snatches of the films but we’re not coming at it from the point of view of being Hobbit fans. When we went round Hobbiton we were talking to people about doing one and they were really interested – it capture’s peoples’ imaginations,” said Heather.

The hobbit holes “would be a fitting addition to their accommodation, which also includes a tree house.”

“The buildings will be dug into a sloping hillside, and constructed out of stone, like the home of the hobbit heroes of the Lord of the Rings saga.”

“One of the things we would like to do is landscape the field, so it looks and feels like a little Hobbiton on its own.”