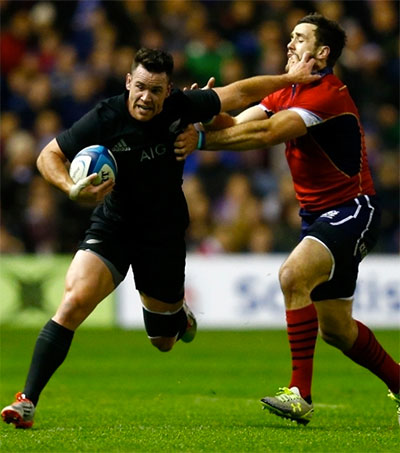 Scottish rugby is 20 years behind New Zealand when it comes to sports psychology, according to Glasgow Warriors assistant coach New Zealander Jason O’Halloran, 46, who has also found that players in Scotland are less able to respond positively to constructive criticism.

Formerly assistant coach with the national team under his fellow-New-Zealand Vern Cotter, O’Halloran is not usually outspoken in his assessment of the state of rugby here.

But, speaking at a recent Warriors press conference, O’Halloran suggested that Glasgow’s patchy away form – and indeed Scotland’s poor performances on the road – might best be addressed by concentrating more on the mental side of the game.

“I think in the long term, getting some quality sports psych around all of Scottish rugby will really help,” O’Halloran said. “From my point of view, as a Kiwi having come over here two years ago now, that’s the biggest area for growth in Scottish rugby. I don’t think it’s done particularly well at all. It’s often just seen as a bit of voodoo and witch doctor stuff, which is where we were at in New Zealand probably 20 years ago. It’s a crucial part of the game and I think it’s something we could do a lot better.

“With Kiwi boys, you just give it to them and they either take it, take it on board and do the things you asked them to do to improve, or there are four others waiting and the sheer competition means they will lose out. They’re probably a little more motivated at times.”

O’Halloran moved to Scotstoun when Gregor Townsend moved in the opposite direction and Vern Cotter’s tenure as Scotland coach came to an end. But he retains a keen interest in the national team, and believes that if the progress shown this season continues, they can keep climbing the world rankings.