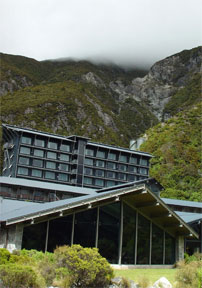 Despite the tragedy of February’s catastrophic earthquake, New Zealand still delivers sublime travel experiences, writes Chris Leadbeater for The Independent. “Since 1884 [The Hermitage] has played a role as a lone token of man’s presence in the wilderness a stately institution trapped in the shadow of Mount Cook. I glance to my left. The great crag, the icon of New Zealand’s Southern Alps, glowers back imperiously. In spite of the summer sunshine draped across its broad shoulders, it looks — 12,316ft in stature, snow caked to its summit, clouds lingering on its jagged edges — a monster of winter. The serenity for which this untamed country is fabled is still here.”