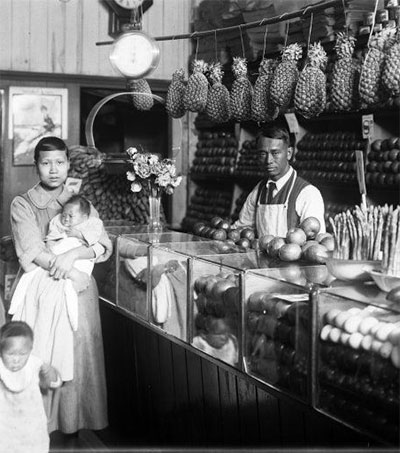 Chinese New Zealander sociologist Phoebe Li has curated a photo exhibition in Beijing about Chinese migrants’ 170-year history in our country called, “Recollection of A Distant Shore: A Photographic Introduction to the History of the Chinese in New Zealand”, which is on at the Overseas Chinese History Museum of China.

When describing the history of early Chinese migrants overseas in the 19th century, “blood and tears” are commonly used words in China’s textbooks; many endured miserable lives as laborers and faced discrimination from locals.

But Li wants visitors to see the story through a different prism.

“Discrimination was inevitable at that time. It was just like what was faced by first-generation Chinese migrating to the United States, Canada and Australia,” Li says.

“But, the Chinese overseas faced the difficulties, made an effort to integrate, and joined mainstream society. So, we’d do well to adopt a more positive attitude when reviewing the past and cherish their perseverance,” she says.

According to Li, the 100-odd photos on display were selected from nearly 100,000 offerings provided by 16 public institutions in New Zealand, including Archives New Zealand, the National Library of New Zealand and Auckland Libraries, besides private collections.

Li says that typical news photos were culled in favour of images reflecting people’s daily lives, and renowned individuals are highlighted in the exhibition.

New Zealand’s ambassador to China John McKinnon would like to bring the panoramic exhibition here.

“The exhibition has a huge variety of sources, and it’s perhaps the first time where the history of the Chinese in New Zealand can be seen from the beginning,” McKinnon says.

“Recollection of A Distant Shore: A Photographic Introduction to the History of the Chinese in New Zealand” is on until 21 January 2017.

Tags: China Daily  John McKinnon  Overseas Chinese History Museum of China  Phoebe Li  Recollection of A Distant Shore: A Photographic Introduction to the History of the Chinese in New Zealand