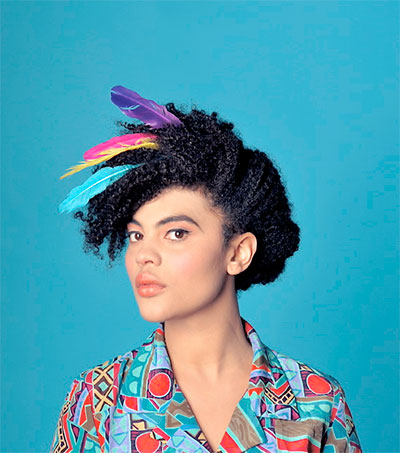 The Wellington-based bedroom artist – she literally writes and records in her bedroom by herself, preferably wearing pyjamas – leads soul into an otherworldly mélange.

“I’ve always had a certain tone in my voice, a certain way of singing, that was soulful long before I started listening to soul music,” Estère says. “I was a soul singer before I actually loved soul music.”

Even as soul music’s rejuvenation has spurred on the return of vinyl as a viable medium, capturing the gritty propulsion of bass and guitar and horn sections, Estère makes her records and plays live with “Lola”, an Akai MPC-1000 no bigger than a small box that sits so centrally to her making of music that she addresses it by name in her songs and keeps it permanently within reach; if she’s travelling and Lola isn’t in her backpack, Estère’s body feels odd without the weight against her back.

“It’s a lonely thing making music by yourself – there aren’t other people to provide ideas and energy,” she says. “Having personified machine members of my band has a tangible effect on how I perform on stage and feel about myself.”