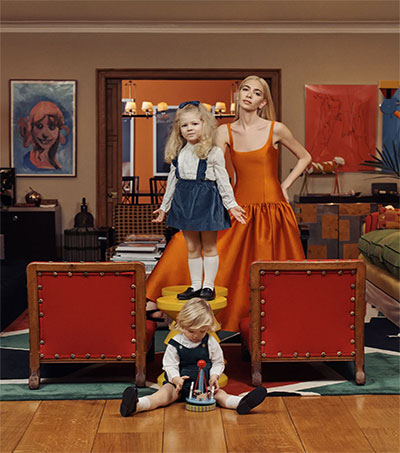 A year after New Zealand-born Emilia Wickstead’s study of motherhood, which saw her orchestrate portraits of her friends wearing pre-fall 2020 looks while holding their babies, the London-based designer returned to the families to capture them once again, Alice Newbold writes for British Vogue.

British Vogue’s Vanessa Kingori and Sarah Harris stand tall in Wickstead finery – which, it turns out, is remarkably child-proof – with their little ones, while Sabine Getty, Hikari Yokoyama, Alice Naylor-Leyland, Charlotte Santo Domingo and Charlotte Dellal, among others, also pose proudly with their broods.

Wickstead was caught off guard by how much the children had grown, but also the resilience of the powerhouse females she finds endlessly inspiring as a designer. “How wonderful it felt to be outside working with these women after a year of lockdowns, to feel a sense of energy and hope and to be able to capture this moment in time,” she tells British Vogue, adding that the resurrection of power dressing felt especially good. 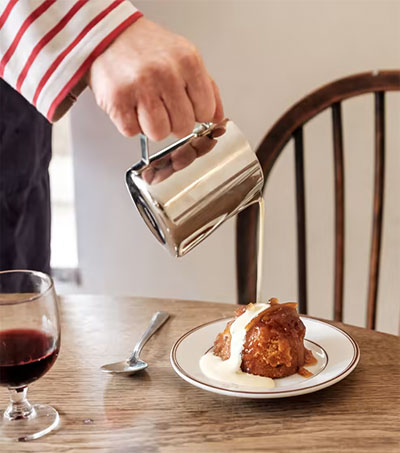 With The Three Horseshoes in Somerset, the chef-patron of Rochelle Canteen, New Zealand-born Margot Henderson, and former gallerist and investor Briton Max Wigram are launching the most hotly anticipated new boozer…