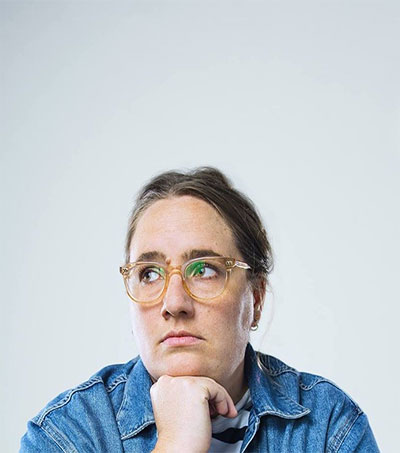 “New Zealander Alice Snedden is well established in her native country as a comic, television writer and newspaper columnist, [and] Self-Titled is her debut show at the [Edinburgh] Fringe. It’s a breezy run-through of her childhood and her life so far,” Veronica Lee writes in a review of the show for British entertainment website, The Arts Desk.

“She begins by talking with faux outrage at her below-average Uber rating; she’s a nice person, so what’s going on here? Has she forgotten soiling herself in the back of a cab or something equally egregious? No, it’s inexplicable, this supremely confident woman tells us,” Lee writes.

“Snedden explains where that confidence comes from; a feminist mother who told her she could be anything she wanted to be. Her hippie-ish upbringing – there are graphic photographs of her mother’s home birth in existence – and her parents’ lack of concern for her comedy career by being happily married loom large in this show, as does the fact that her parents still enjoy an active sex life.

“She’s a natural on stage – chatty, friendly, smiley – and was the kind of child whose lack of talent didn’t stop her taking parts in, well, talents contests, and she appears unembarrassable now talking about nipple covers and her breasts.”

Snedden is a writer and performer on TV3’s Funny Girls and Jono and Ben. She was a Raw Finalist in 2016 and is a member of the hit weekly show, SNORT on at the Basement Theatre in Auckland.