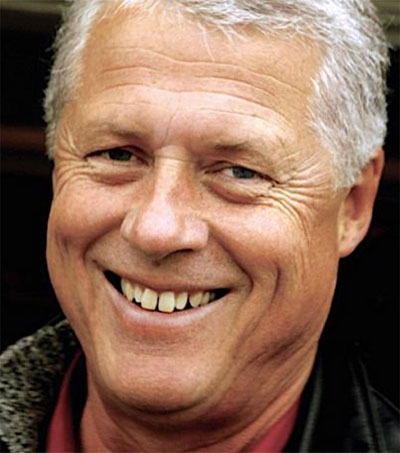 An Australian who emigrated to New Zealand in 1965, Roger Donaldson, 71, cut his teeth in documentaries and TV before launching into a career in feature films. His first feature was Sleeping Dogs in 1976. His new documentary, about New Zealand motor racing hero Bruce McLaren, is in cinemas now.

After 1982’s Smash Palace, Donaldson embarked on a string of high-profile projects, which included The Bounty (with Mel Gibson and Anthony Hopkins), No Way Out (an espionage drama starring Kevin Costner), The Getaway (with Alec Baldwin and Kim Basinger), the sci-fi horror Species, the Cuban missile crisis drama Thirteen Days, and the Al Pacino/Colin Farrell thriller The Recruit. He also directed Anthony Hopkins in as record-breaking motorcyclist New Zealand-born Burt Munro in The World’s Fastest Indian (2005).

It’s difficult to imagine he’ll be away from Hollywood for too long, but he admits it was great to have “a work reason” to come back to New Zealand, a country where he has family.

Donaldson talks about the making of McLaren with UK-based news site, The Arts Desk.

“One of the things about New Zealand back in the time when Bruce was starting out was that it was a very isolated and quite a poor country and didn’t have access to new cars. You couldn’t just take your car to the garage and get it fixed; if it broke you had to rebuild it from the ground up,” Donaldson says.

“I think the McLaren name lives on and it’s still a real force to be reckoned with in motor racing, and yet people don’t really know why the team is called McLaren, and why the little logo on the side of it is a kiwi. I think that’s nine-tenths of the reason why I made this film. It fills in the gap in people’s knowledge.

“He was obviously quite an extraordinary engineer, a very talented driver, a good businessman and people liked him, so you put all those things together and I think that’s why he was a success … of course motor racing in the Sixties was incredibly dangerous. Like characters like James Dean and Buddy Holly he was cut down in the prime of his life, and that in itself leaves a character whose life was unfulfilled.”