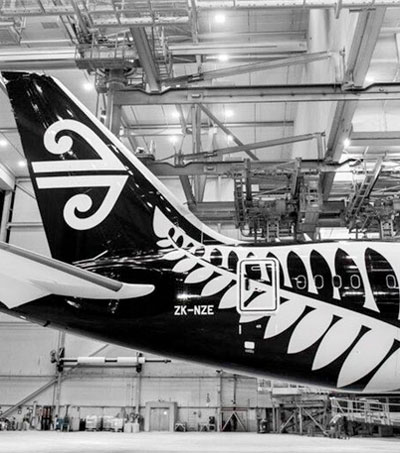 Dreamliner Flying in the Face of Convention

“The Dreamliner, whose paint job was completed [this month] at Seattle’s Boeing facility, will be part of Air New Zealand’s group of 10 such aircraft but is so far the only one with the black scheme.

“Besides considering marketing and heat, planners and designers must also consider the weight of the paint, weight being the enemy of fuel efficiency. Like calories, those gallons of paint (about 92 on the Air New Zealand scheme) can add up.

“In the end, though, making a plane pretty might be what passengers (outside the plane) see, but there’s a greater purpose in the paint: to protect the aircraft, ‘which is the asset,’ [global products manager for Sherwin Williams Aerospace Coatings Julie] Voisin said. ‘That’s what the airline wants to last … because they’re spending millions to have that aircraft in their inventory.’”