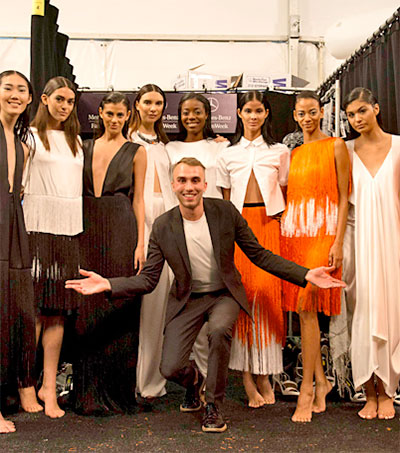 New Zealander Sean Kelly, 25, has won season 13 of Project Runway, battling it out with a show at New York Fashion Week in a final judge Heidi Klum declared the best in the series’ history.

Originally from Hawera, Kelly is now based in New York.

He told Entertainment Weekly the win was just sinking in.

“I’ve had to keep it a secret for so long, but it’s been an amazing journey,” he said.

Kelly said he wants fashion design to be a “solid career”.

“I don’t want it to be like a flash in the plan. I really want to take time and think about how to build a company.”

Kelly won with his 10-piece collection entitled “Betrayal of Caesar,” which he created with a US$9000 budget.

With the win, he will receive $100,000 to launch his business and the opportunity to design a fashion accessory for the servers at burger chain Red Robin; a complete sewing and crafting studio from Brother and a fashion spread in Marie Claire magazine.