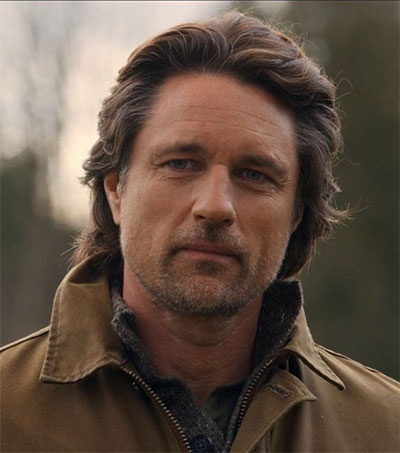 Auckland-born actor Martin Henderson, 46, stars in Netflix series, Virgin River as the love interest of Mel Monroe played by Alexandra Breckenridge – “who moves to the tiny titular town in hopes of escaping her tumultuous past,” Andrea Park reports for Marie Claire.

“Jack is played to small-town perfection by Henderson, who flawlessly encompasses that whole ‘gruff on the outside, surprisingly sensitive on the inside’ thing that we’ve come to expect from Hollywood’s small-town romantic leads,” Park writes for the magazine.

Henderson, who has been working in the US for the past 20 years, is “probably most recognisable from his two-year stint on Grey’s Anatomy,” Park writes.

“His absolute best role, though, was as one of the romantic leads in Britney Spears’ eternally iconic ‘Toxic’ music video. Obviously.”