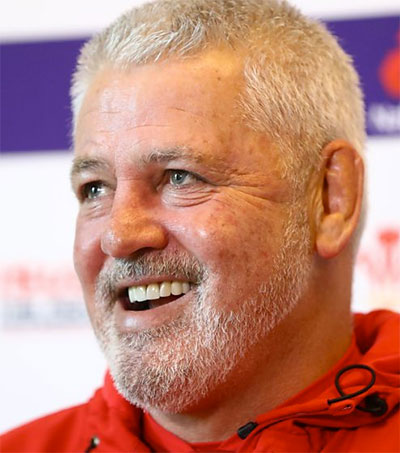 New Zealander Warren Gatland has achieved almost everything during his tenure as Wales coach over the last 12 years, Steve Douglas writes in a story published in The Washington Post.

Four Six Nations titles, including three Grand Slams. A national-record winning streak of 14 matches. A place atop the world rankings for the first time in the rugby-mad country’s history, even if only for a week.

Throw in his success as head coach of the British and Irish Lions – a series win in Australia in 2013 followed by a drawn series against the All Blacks in 2017 – and there’s only really one major feat that has proved beyond Gatland, 55, since taking the reins in December 2007.

The 2019 edition in Japan offers the New Zealander one last chance before he returns home to Hamilton to coach the Chiefs in Super Rugby. And it might be Wales’ best opportunity since the inception of the World Cup in 1987, Douglas writes.

A team that didn’t know how to get over the line in big, tight matches suddenly forgot how to lose. For that, they can largely thank Gatland.

“There’s a really special place in my heart for Wales,” Gatland said after his last home test in charge of Wales, which unfortunately proved to be a 22-17 loss to Ireland after fielding a weakened lineup.

“I think we’ve massively overachieved in the last 12 years. And we’re not finished yet.”

Get through what could be a grueling pool and Wales will be hardened for the knockout stage, and Gatland’s final days at the helm.

How fitting if he goes out as the first Wales coach to win the World Cup.