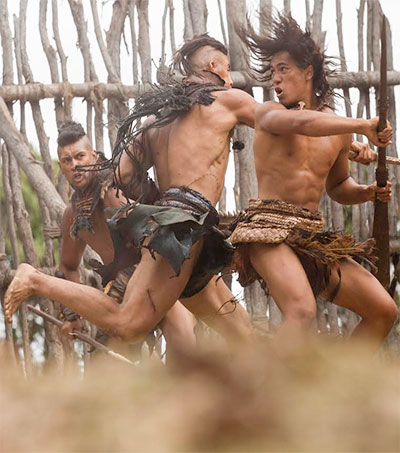 Director Toa Fraser’s latest film The Dead Lands (Hautoa) is one of 10 films from the 2014 London Film Festival “that are sure to see you planning trips to New Zealand, Borneo and beyond,” according to the Telegraph.

“Shot in Auckland and central North Island, this action thriller explores the exotic world of New Zealand’s ancient Maori tribes through the story of a young teenage boy’s pursuit to avenge the death of his father and their whole tribe during the period of colonisation in New Zealand. It is one among the few films ever made entirely in the Maori language.”

The film premiered at this year’s Toronto Film Festival. The festival’s Jane Schoettle declared it a “game changer”.

Fraser was born in the United Kingdom. His debut feature film, Naming Number Two won an Audience Award at Sundance. His next features, Dean Spanley and Giselle, also screened at the Festival.