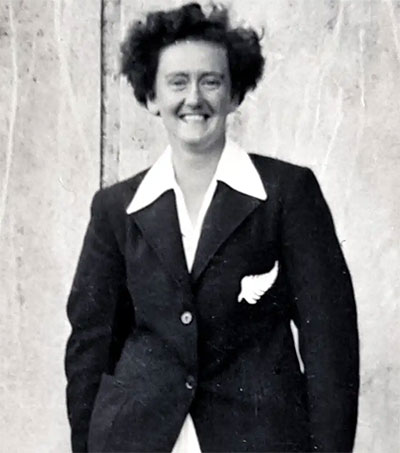 Auckland-born Grace Gooder took six English wickets in one innings, yet was never picked for New Zealand again. Instead, she became a psychiatric nurse and spent her life caring for prisoners. In a story for Wisden’s cricket quarterly, The Nightwatchman, Trevor Auger writes about the trailblazing cricketer who made a brief yet “dazzling” mark on the game.

“There I was at the beginning of November 2020, sitting in Auckland’s Spark Arena anticipating the Covid-delayed concert by local musical legend Dave Dobbyn,” Auger writes.

“I was particularly enjoying the effervescent opening act, Milly Tabak and the Miltones. Fronting the band, Milly hadn’t talked much to the audience… Now though, she did pause, to offer a lengthy introduction to her next song. It had been inspired, she explained, by her two great-aunts. They were both nurses; one was a spinster, a chain-smoker, and something of a character. The other was a lesbian who had undergone conversion therapy, and had also been a bowler for New Zealand in the 1950s.”

“When her great-aunt (the cricketer) died suddenly [in 1983], she had been matron at Auckland’s Mt Eden Prison where she was held in such regard that the inmates gathered and sang Amazing Grace in tribute, as Grace was her name. Now I was almost certain. Milly was talking about Grace Gooder, who had played one Test for New Zealand against the English tourists of 1948–49.

“In that darkened arena I wondered whether I might just be about to find out a lot more about Grace Gooder.”

Original article by Trevor Auger, The Nightwatchman, The Guardian, October 21, 2021.