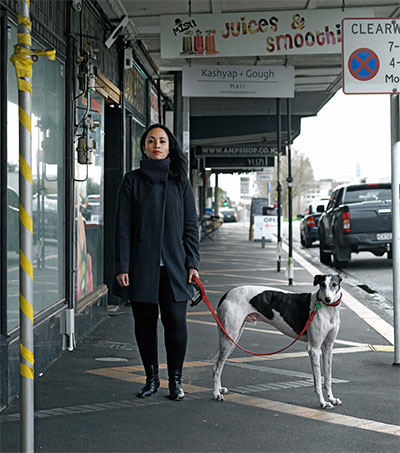 Fear can block our creativity or turn our creative practice mediocre. So what makes some artists “fearless”? New Zealander poet, playwright, fiction writer and musician Courtney Sina Meredith, 30, has a reputation as a “fearless creative”, a label which inspired her recent “Creating Fearlessly” keynote at the Emerging Writers’ Festival in Melbourne.

American David Kelley, author of Creative Confidence and founder of design company IDEO, identifies four fears that block creativity: fear of the first step, fear of the messy unknown, fear of being judged, and fear of losing control.

Kelley rejects the idea of the creative type, identifying the differences between the creative and the conventional personality as resting in the way we engage with those fears.

Meredith has mixed feelings about being labelled “fearless,” a label she says stems from a stereotype that does not expect people from her background to display confidence.

“In my head and in my own world view, I’m just doing what I love and it brings me a lot of joy and it gives me purpose and vision,” Meredith said. “But what has really interested me is when people tell me I’m so fearless and strong. But in some ways I just have to do the things to simply be seen to be fearless and strong and capable because there really is a just handful of Pacific female writers in New Zealand who are getting work.”

“You are never going to feel fearless while creating 100 per cent of the time,” Meredith advises. “It’s always bittersweet, you make the space and you hope the space will widen over time.”

Meredith represented New Zealand at the Mexico City Poetry Festival in November 2015. She is the 2016 writer in residence for the Sylt Foundation in northern Germany.