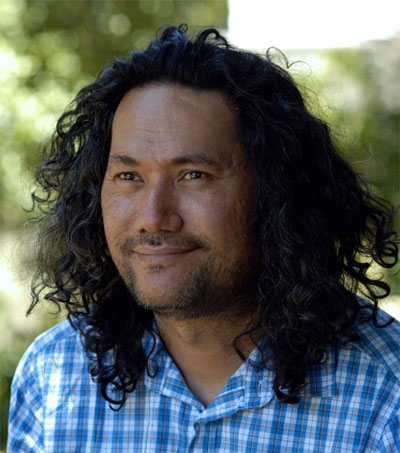 A gripping film about redemption and the relationships that can ultimately lead to a fresh start, One Thousand Ropes left audiences eager to question Samoan New Zealand director Tusi Tamasese after its world premiere at the 2017 Berlin International Film Festival, Lindsay Bellinger reports for London site The Upcoming.

It took Tamasese two years to write the script for One Thousand Ropes, a drama about Samoan former fighter Maea (Uelese Petaia) atoning for the violence that divided his family and exiled him to solitude.

“When I come up with ideas, they are sort of disconnected,” Tamasese explained. “With this one, I wanted to write a film about healing, about an anti-hero and make a horror film. I started off like that, trying to see where I can merge them into a story.”

Asked what makes him keep wanting to deal with the themes of redemption, connections and new beginnings, Tamasese said:

“It’s one of the topics that keeps on drawing me because there are a lot of layers to the characters I create. They are put in these difficult situations, dealing with redemption and characters who are anti-heroes. For this film now, it focuses mainly on redemption and people being disconnected. How far disconnection can take them or who they become.”

“The decision to have Ilisa and Molesi speak English while their elders speak Samoan was an interesting choice. What made you choose to do that?” The Upcoming asks.

“I wanted a film that had the languages I’m using,” he says. “Also, the generational difference was something that I wanted to touch on. I just wanted to hear two languages speaking together. I like when you speak English and someone else speaks something else, and you just converse in different languages.”

Tamasese, who lives in Wellington, is working on two new projects: the first, an animation about quintuplets set in old Tamil, and the other about fa’afafine.