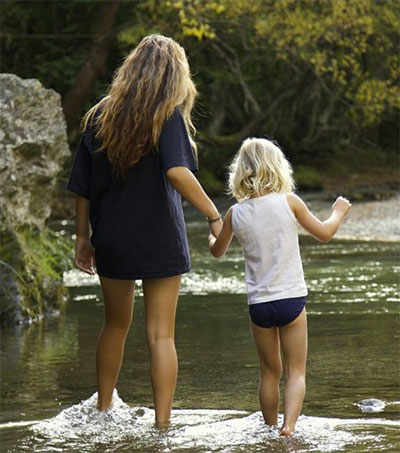 The Inland Road Makes for a Satisfying Debut

“In the stunned aftermath of a fatal road accident, a directionless 16-year-old half-Maori runaway drifts with unpredictable consequences into the lives of strangers in New Zealander Jackie van Beek’s assured first feature, The Inland Road,” the Hollywood Reporter’s David Rooney writes in a review of the film, which premiered at the 2017 Berlin International Film Festival.

“Centred on a proudly internalised performance from nonprofessional newcomer Gloria Popata, the sensitively observed drama is shot through with kindness, compassion and compelling stillness, viewing even the most thoughtless actions and thorny behaviour in an understanding light that adds resonant emotional depths to the open-ended payoff.

“[The film’s] keen insight into teen isolation should speak directly to audiences similarly navigating the tricky transition to adult life, or young enough to recall that confusing time. Refreshingly, the fact that its central character is an indigenous minority among whites becomes simply an organic part of the narrative texture, not a race statement that needs to be spelled out.

“Shot by Giovanni Lorusso in remote Central Otago, with its mountains, lakes and lonely roads, the film’s limpid widescreen visuals swiftly draw us in with their naturalistic gaze.

“With its unsentimental, affecting performances, its delicate score, rich in acoustic guitar, and the natural beauty of its settings acting as an expressive canvas for emotional solitude, The Inland Road is a modest but quite satisfying debut.”

Van Beek was the 2013 SPADA New Filmmaker of the Year; she is also a playwright and actor. In 2014 she won Best Supporting Actress at the New Zealand Film Awards playing a wannabe vampire in Taika Waititi’s What We Do in the Shadows.