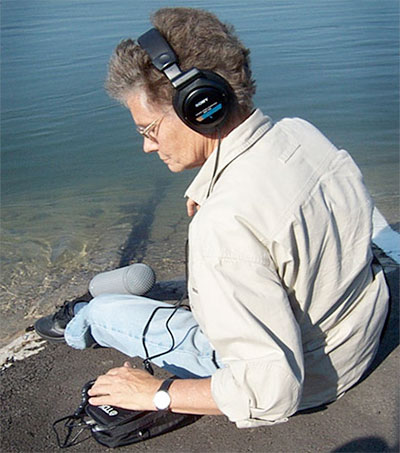 Christchurch-born composer Annea Lockwood was one of nine artists represented at a recent audio and visual art exhibition in Manhattan, New York called “Foot Notes: On the Sensations of Tone,” an exhibition which celebrated the soundscapes of our world and our interactions with them.

“Lockwood’s ‘A Sound Map of the Housatonic River’ (2010), part of her ongoing exploration of the sonic profiles of waterways, [was] presented in its own room with a map plotting out 75 minutes of the gurgling, sloshing, and sometimes raging river that runs from the Berkshires in Massachusetts to the Long Island Sound in Connecticut,” art site Hyperallergic reports.

“The artists are united by an interest in how we can connect with the nature around us through complex noise, and how technology can alter our perception of it, just like 19th-century German physicist Hermann von Helmholtz did with his resonator more than a century ago.”

In 2007, United States-based Lockwood was a recipient of the Henry Cowell Award, which supports, encourages, and recognises composers whose work exemplifies the great American composer Henry Cowell’s spirit of innovation and experimentalism.

Her music has been presented at festivals all over the world, including events in Germany, Scandinavia, Italy, Britain, Australia, New Zealand and the US. Lockwood, a Professor Emeritus at Vassar College, New York since 1982, has retired from teaching, but continues to write and perform.