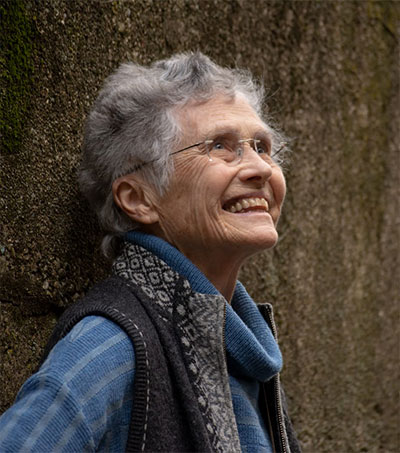 At live showings of 32 Sounds, like this performance, Green himself provides in-person narration, while the musicians JD Samson and Michael O’Neill perform, in real time, Lindsay Zoladz reports for The New York Times.

“If there’s a star of 32 Sounds (aside from the human ear), it’s the spirited Lockwood, an 82-year-old experimental composer who has been making field recordings of rivers for more than 50 years,” Zoladz writes. “There’s a contagious wonder on her face as she invites Green, and the viewer, to listen to the loquacious chatter of organisms picked up by her underwater microphone. She prefers the term ‘listening with rather than listening to – a non-hierarchical way of framing humans’ coexistence with the sonic environments all around them.”

Lockwood’s piece “Piano Burning” has been replicated multiple times, including as the closing track on the 2019 album There Existed An Addiction To Blood by experimental hip-hop group clipping.

She was born in Christchurch.